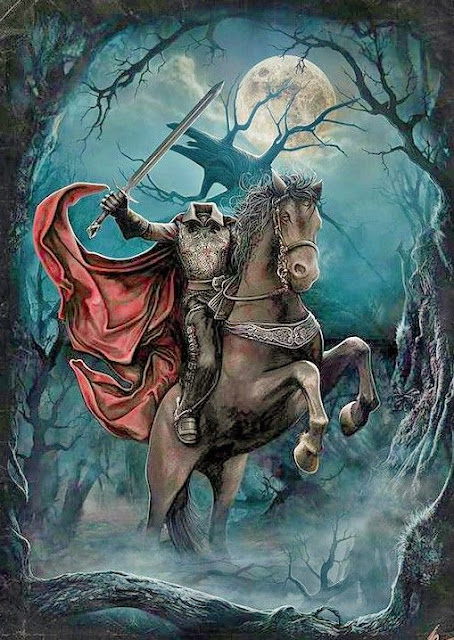 For The Legend of Sleepy Hollow, Washington Irving based several characters on real people. Ichabod Crane was based on Kinderhook, NY school teacher Jesse Merwin, with the name possibly

coming from a soldier Irving met during the War of 1812. Katrina Van Tassel was most likely based on Serena Livingston with the name coming from a girl Irving knew of the same name. Brom Bones, may not have been based on a real person but may have represented all the descendants of Dutch settlers in the Hudson Valley who resented the encroachment of \”Yankees\” from New England who were moving into the area in the early 19th-Century. So who then was the Headless Horseman based on?

Headless horsemen are a common ghost across Europe, from Germany to Scandinavia and England, Ireland and Scotland. But in The Legend of Sleepy Hollow, published in 1820, the Headless Horseman is described as the ghost of a Hessian Trooper who had his head carried away in \”some nameless battle\” of the Revolutionary War.

For Irving\’s specific inspiration we turn to the Memoirs of Major General William Heath by Himself, originally published in 1798. The Battle of White Plains took place on October 28, 1776. General William Howe was pursing George Washington north having driven him from Manhattan. At the village of White Plains Washington turned to fight. After vicious fighting
Washington was forced to retreat further north.

Rather than pursue in force Howe spent the next several days trying to draw Washington into another battle by sending out small parties to skirmish with the Americans. On November 1 Major General Heath recorded the following:

\”The British artillery now made a circuitous
movement, and came toward the American right. Here unknown to them were some 12 pounders; upon the discharge of which they made off with the their field-pieces as fast as the horses could draw them off. A shot from the American cannon at this place took off the head of a Hessian artillery-man. They also left one of the artillery horses dead on the field.\”

On November 5, 1776 Howe turned around and headed back to Manhattan to clear the few remaining Continentals off the island.

Lets break this down shall we? We\’ve got an unnamed battle in this little skirmish. We\’ve got a decapitated Hessian, who by the way would never be able to find his head as a 12 pound cannon ball most likely reduced it to nothing but mist. We\’ve got a dead horse by the Hessian, perfect for the Headless Horseman to ride for eternity.

Though we will never know the exact inspiration for the Headless Horseman, the evidence strongly points to the dead Hessian in Major General Heath\’s memoir. 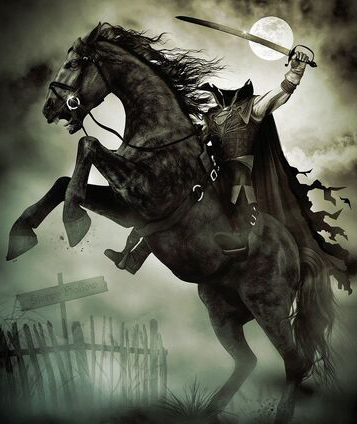