Skip to content
On March 23, 1777 a body of British soldiers were brought out of New York City on transports, sailed up the Hudson River and landed at Peekskill. There they burned store houses full of supplies and barracks where American soldiers were supposed to sleep. (Washington 1777)

Henry Beekman Livingston, colonel of the 4th New York Regiment and Colonel Van Cortlandt’s regiments were present but received no orders and could only watch as the British landed. Livingston estimated them at only about 500. The American regiments faced the British force at about 400 yards, and it seemed that they were poised for battle when suddenly the Americans received orders from their brigadier general Alexander McDougall to retreat. They carried away what supplies they could, but the British were able to destroy the rest, burn their store houses and barracks. The following day Marinus Willet attacked their advanced guard and the British retreated to their ships, sailing away the next day. (Livingston 1777)

McDougall had a slightly different recollection of the event. He said the enemy greatly outnumbered him and he had to retreat. Most of the supplies that were destroyed were destroyed on his orders to prevent the enemy from carrying them off. The skirmish on Monday with the advanced guard supposedly threw the British into confusion and led to them sailing away. (McDougall 1777)
This event was the last straw for any kind of civil

relationship between Livingston and McDougall. Livingston thought McDougall was below him, the son of a dairy farmer and a common merchant before the war started it rankled Livingston to no end to have some one of lower social rank promoted above him in the army. McDougall thought Livingston was haughty, overly aggressive and we can only assume the blatant classism that Henry displayed must have annoyed him some.

Livingston began to talk to other officers about McDougall. He indicated that McDougall was a coward for retreating from the enemy at Peekskill. Word got back to McDougall, possibly from Henry’s own regimental paymaster who was also McDougall’s son-in-law. When Major General Israel Putnam arrived in the Highlands in June to take command, he found Livingston under arrest and awaiting a court martial for “Traducing” the character of General McDougall in ordering the retreat and for using language unbecoming the character of an officer and a gentleman.
While Henry was under arrest, an unsigned letter began to circulate in the American camp calling McDougall “a poor contemptible mean half starved Scotchman who didn’t have the courage or class to give satisfaction (to duel) with someone he had offended. McDougall was sure Livingston had written the letter but could not prove it. If he had been able to he intended to charge Livingston with mutiny as well.
Putnam ordered the court martial held with George Clinton as president. Livingston was found not guilty of everything except breach of respect for a senior officer-but not to the degree that was unbecoming of an officer and a gentleman. He was rebuked in general orders and the matter should have been dropped. It also seems to indicate that at least some officers agreed with Henry in that McDougall had been to quick to retreat that day.
Except it was not. Livingston called McDougall out and although he originally agreed to the duel McDougall would never fight Livingston. (Putnam, To George Washington from Major General Israel Putname, 10 June 1777 1777)
Putnam soon found himself on the outs with Livingston as well. He had ordered Livingston south to White Plains, but hearing that the British were moving on Morrissania he sent Colonel Philip Van Cortlandt to take command of the two regiments. Livingston was the senior to Van Cortlandt at the time and took great offence at being told to submit himself to the command of another inferior. He actually returned to camp rather than carry out Putnam’s orders and wrote to Washington to demand his rank be clarified to those who didn’t seem to understand. He also found himself desirous of being out of the Hudson Valley and requested a transfer. (Putnam, To George Washington From Major General Israel Putnam, 4 July 1777 1777)

McDougall was not sorry to see Livingston go although he thought he could make a good soldier with more experience. His greatest problem was the chain of command probably because to that point all his commands had been intendent. He was in charge when he was stationed at Fort Constitution and he was in command on the east end of Long Island.

Eventually Livingston, who had hoped to have his regiment transferred to the army of George Washington would be assigned to the Northern Army under Horatio Gates. They fought at both battles of Saratoga. At the second battle Livingston once again took his own initiative and followed Benedict Arnold on his unapproved attack on the Hessian works. Livingston would claim to be the second man into Breymann’s redoubt behind Arnold but only because Arnold was on a horse. 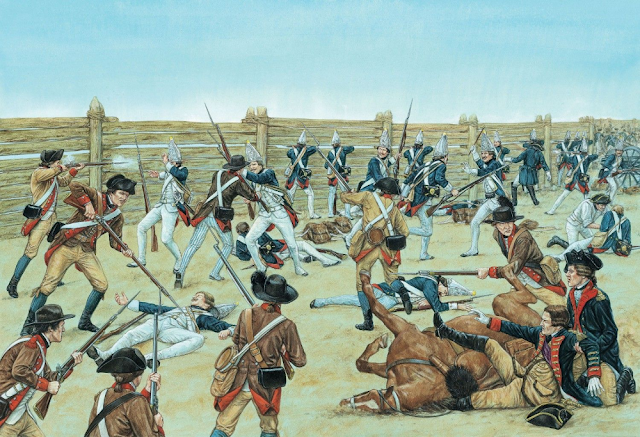 This action won the October 7, 1777 battle for the Americans and eventually led to the surrender of General John Burgoyne’s army. The Court Martial of Henry Beekman Livingston led eventually to his regiment being removed from the Hudson Valley and moved to the Northern Army. Its very possible that without that court marital the Battle of Saratoga could have ended differently.