In addition to his work in government and international relations Chancellor Robert R. Livingston also worked on improving he agricultural society of America. As a founding member and president of the Society for the Promotion of Agriculture, Arts and Manufactures, along with Stephen Van Rensselaer, Simeon DeWitt, Gouveneur Morris and many others, the Chancellor filled the pages of the Transactions of the Society with his thoughts, ideas and transactions 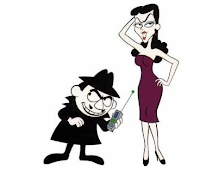 In one experiment, that Boris and Natasha
could have probably gotten behind, he tried to domesticate elk and moose. This was published in the Transaction of the Society for the Promotion of Agriculture, Arts and Manufactures Instituted in the State of New-York, Volume I in 1801. This was based on an observation of his that every society, every place that people developed seemed to be provided with animals that could serve as beasts of burden. Cattle and horses in Europe, elephants in parts of Asia, the camel in North Africa, even the llama in South America and reindeer in the far north. In fact it was only the zebra and giraffe that he couldn\’t understand as to how they escaped being domesticated. He saw moose and elk as the equivalent animals in North America.

For some reason the Chancellor had more ready access to elk. In fact he owned three that he kept pastured with his cattle. He took two of these elk, each about two years old, and twice tried putting them in a harness. He was very encouraged by his results. Both animals took a bit about as easily as a colt of similar age. One problem he quickly saw though is that the animals had delicate mouths that could be easily damaged if the bit was mishandled.

Based on these experiments the Chancellor felt that Elk could best be used pulling carriages. They were as muscular as horses but their natural gate is a faster so they could, in theory, out pull a horse.

The Chancellor never had the chance to experiment in real life on a moose. He apparently only ever examined a dead juvenile. The rest of his knowledge was based on books and stories told by hunters. He saw the great musculature of moose as an advantage and believed that they could grow up to ten feet tall in domesticity because they wouldn\’t be desperate for food in the winter.

The only draw back to moose in the Chancellor\’s eyes was that they were ugly. In his words; \”we must however , except beauty, for few animals have a more uncouth appearence; the head is out of all proportion large, the neck shorter than the head, the body much shorter compared to its height than that of either horse or ox.\”

He was most offended by the hind end of the moose, \”the tail, if it may be so called, is a broad, short flap, that hardly covers the anus.\”

For some reason, despite his early success with these experiments the Chancellor never continued on with them and they were never picked up by anyone else on any large scale. His experiments with elk continued to make its way into print for nearly a hundred years. Its mentioned in 1803\’s Animal Biography; or Anecdotes or the Lives, Manners and Economy, of the Animal Creation Arranged According to the System of Linnaeus by W. Bingley, 1832\’s A Book of Quadrupeds for Youth and in a 1901 article in the Albany Argus by Judge Robert Earl, who was pushing to start attempting to domesticate both animals again. It was even written about in a blog in 2019. See here Even still no one has jumped into this effort whole heatedly.