Skip to content
Margaret Beekman Livingston was a strong woman. There is no denying that. She raised ten children, nine of whom turned out pretty well. She was known as a competent business woman, running her massive estate for twenty-five years after the unexpected death of her husband, Judge Robert Livingston.
When the British burned down her house and all of her outbuildings in the fall of 1777 she was able, through sheer force of will and perseverance, was able to convince Governor George Clinton to

release men from their militia obligations so they could be free to rebuild her house. She met military and political leaders, from George Washington to John Jay, and charmed them all.

On August 15, 1776 Margaret wrote a letter to her eldest son Robert Livingston where she revealed that under her tough demeanor was a mother, scared for her child’s safety. A letter that could have been written by any mother to any child in any time of war.  She wrote:

“I hear you are to be with Genl. Washington but in what capacity I cannot hear – must you too be exposed to the fire of our Enemies oh my Dear Child Consider your situation with respect to myself, and my other children Do Not Expose yourself needlessly. You are in the Civil Department let others be in the Military your country has need of yr counsel as well as your family” 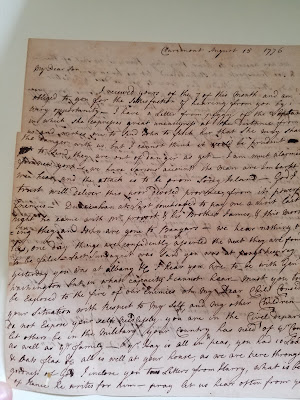 The British Army had landed on Staten Island on July 2, 1776, the same day Congress had declared Independence. By August 1, 1776 the British had more than 32,000 soldiers in New York Harbor along with a fleet of some 400 ships. Margaret, like Washington, was concerned with where the British would land next. Which of her sons would be in danger? Would any of them die like her son in law Richard Montgomery at Quebec? Would she and her family be in danger if the British came up the river? The British landed on Long Island a week after she wrote her letter. Robert was not with the army but her son Henry, a Lieutenant Colonel in the 2nd New York Regiment was trapped behind enemy lines for a period of time until he could escape to Connecticut. 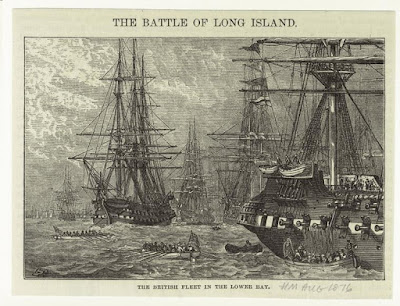 Which brings up another reason for Margaret to be concerned about Robert’s safety. If something happened to him Henry Beekman Livingston would become the “man” of the family. While she had not kicked him out of the family as she later would he was still considered disagreeable at best.(Click here to learn about Henry)

Letters like this give us a glimpse into the real person, the very human, emotional person, who lived beneath the grand historical veneer that the Gilbert Stuart portrait puts upon her. We talk about her many accomplishments but can easily forget that she was a living breathing woman who feared for the safety of at least some of her children.