I recently received a few letters I had requested from the Gilder Lehrman Center and immediately answered a question that has nagged me for years (Read about the gunpowder mill here). I know that in late 1775 the mill exploded.
But why? I mean, yes, it was a gunpowder mill and if you make it right, gunpowder will explode. But what actually happened at Judge Robert Livingston\’s mill?

As it turns out it was the age old story. Stupidity.

Judge Robert Livingston wrote in a letter dated 15 November 1775 to his son in law, General Richard Montgomery, that 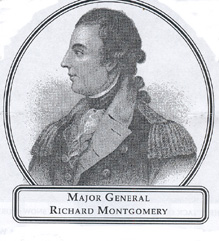 \”three stupid fellows fired a piece two or three yards from the place where the powder was drying\” (The Judge had been sent a load of damaged powder from Fort Ticonderoga to try to salvage but you read my previous blog on the mill so you know this) He goes on \”which set fire to the pans & then to the powder mill which unfortunately blew up, & they with the poor powder maker are most unfortunately burnt that they live is very extraordinary about 500 lbs of powder was blown up\”

Wow. There\’s a lot there to dig into. The Judge tells us that the cause of the explosion were three chuckleheads. Its unlikely that they were employees of the mill but more likely militia men sent to guard it. He also tells us that the four men at the mill survived the explosion but were badly injured. We also know that 500 lbs of gunpowder were destroyed. I\’m not sure I can fathom what 500 lbs of gun powder looked like when it exploded but it must have been exciting.

He also reveals where the gunpowder was supposed to go when it was ready. Again to Montgomery the Judge wrote \”I should have been much more affected with my loss had you not met with so lucky a supply.\” This seems to indicate that the gunpowder was bound for the invasion of Canada. The \”lucky supply\” was gunpowder that Montgomery had captured from the British during his early successes during the invasion.

So one nagging historical question I\’ve had is answered. The gunpowder mill blew up because of three yokels playing with guns.