April 19, 1775 was a Wednesday.  Nothing ever happens on a Wednesday.  Of course that morning British regulars marched out of Boston, through Lexington and on to Concord to seize gunpowder and weapons from the colonists.  As you may be aware, the expedition did not go well for the regulars, resulting in hundreds of casualties and the entire city of Boston being out under siege. 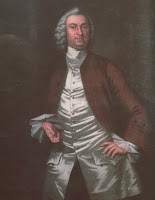 Within a few weeks of Lexington and Concord Judge Robert R. Livingston had decided he would provide gunpowder for the defense of the colonies himself.  On May 5, 1775 he wrote to his son (the future) Chancellor Robert. R. Livingston who was then on his way to Philadelphia to take a seat in the Continental Congress.  The Judge had heard a rumor that there was salt peter, the most difficult of the three ingredients of gunpowder to obtain, in Philadelphia.  As a side note, the fact that he was looking for gunpowder ingredients 17 days after Lexington and Concord says he was probably building his powder mill before the first shots were fired.  Two more letters to the Chancellor on June 19 and June 26 show the gun powder mill beginning operation.
Livingston’s powder mill was the first mill built in New York though it would be joined by a second a few months later.  It was most likely built along the Saw Mill creek in Red Hook, Dutchess County, approximately 6 miles from Clermont.  The Judge wrote to the New York Congress, on October 9, 1775, of stopping a messenger from going back six miles to the mill before he knew if any powder was ready. 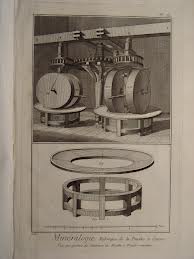 The gunpowder produced at the Judge’s powder mill was very important for the early war effort.  Livingston sold powder to Tryon County for the defense of the frontier.  He also sold powder to New York to be used to defend against attacks by Native Americans.  Perhaps the biggest order went to Fort Ticonderoga, where General Philip Schuyler was planning the invasion of Canada which would eventually be taken over by the Judge’s son-in-law General Richard Montgomery.
The powder mill also had the important task of making damaged powder usable again.  When Benedict Arnold and Ethan Allen took Fort Ticonderoga from the British they found much of the fort’s powder stores had become damp.  All of this powder was sent to Livingston.  Additionally all of the damaged powder in Albany was gathered up in late 1775 and sent to Livingston to be saved if possible.
To this end Livingston ordered a furnace room constructed to dry wet and damp powder faster.  This may have doomed his mill.  Sometime between a last letter about the mill on November 4, 1775 and his death on December 9, 1775 the mill exploded.

The mill was so important that John Jay, Robert Treat Paine and the New York Congress all encouraged the Chancellor to rebuild the mill, as his father had planned to do, as quickly as possible in letters which also offered their condolences for his passing.  Of course the Chancellor was too busy to focus on that project, however his brother John took over and had the mill rebuilt by February 1776.
Later that year John built a second powder mill lower in Dutchess County, near Poughkeepsie.  The last reference to the upper powder mill appears to be in 1777 when some powder was stolen from the mill by loyalists.